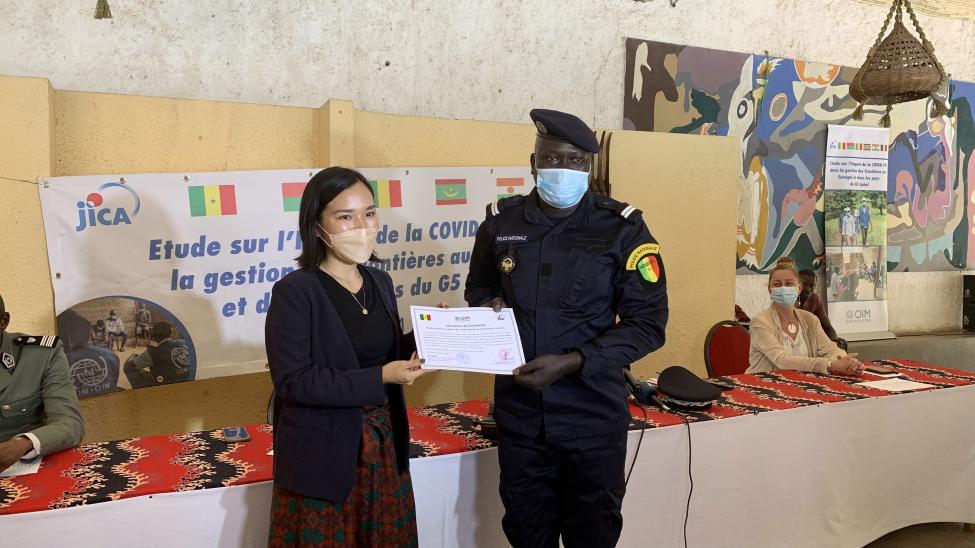 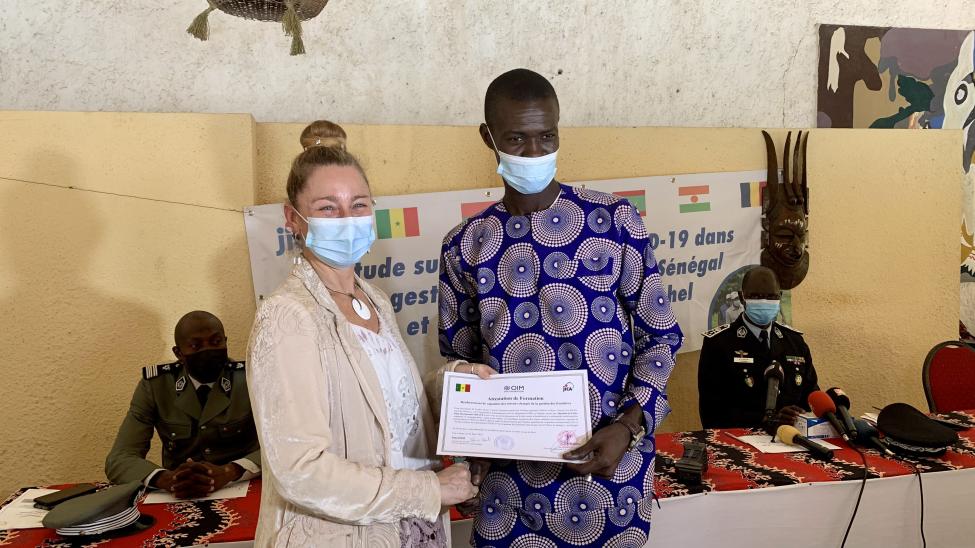 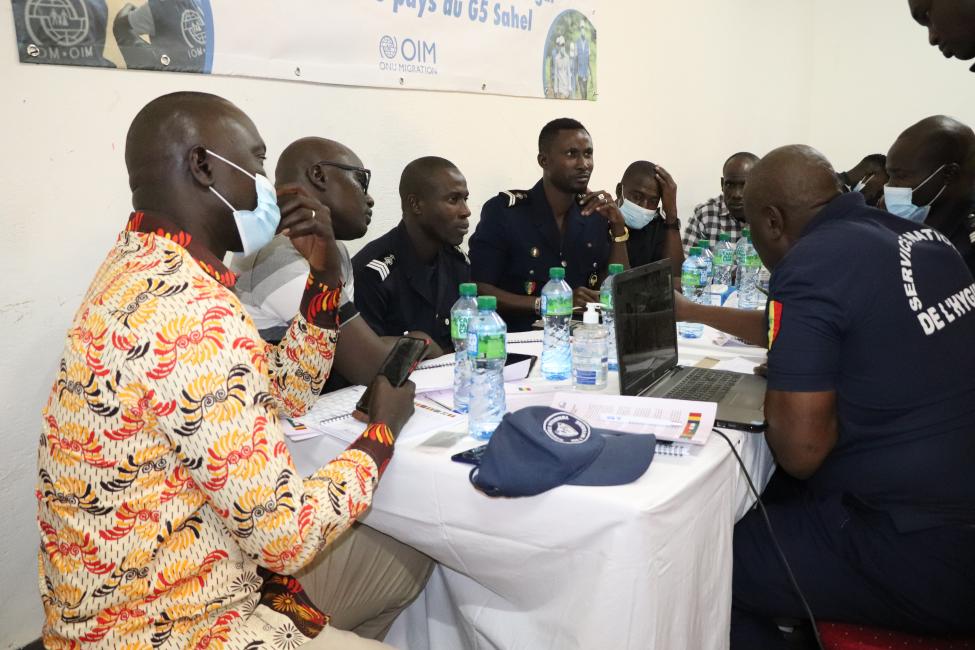 Dakar – As part of the implementation of the project “Study on the COVID-19 Pandemic Impact on Border Management in the G5 Sahel Countries + Senegal” funded by the Japan International Cooperation Agency (JICA), the International Organization for Migration in collaboration with the Senegalese National Police organized five (5) capacity building sessions for actors involved in border management, including the Police, Customs and National Hygiene Service in Saint Louis, Matam, Kédougou, and Ziguinchor. Thus, two experts from the Air and Border Police developed the syllabus and delivered the modules to more than one hundred (100) agents since the start of these capacity building sessions for border management actors.

These sessions started on 20 December 2021 in the Saint Louis region and were officially closed on 9 March 2022 in Ziguinchor. The closing ceremony was attended by the Chief of Mission of IOM in Senegal, Valeria Falaschi, Deputy Resident Representative of the Japan International Cooperation Agency (JICA), Mina Sakaki, Director of Senegalese Air and Border Police, Mame Seydou Ndour, and Director of Customs in the Senegalese south zone, Colonel Malang Diedhiou.

According to Mame Seydou Ndour, the Director of Air and Border Police, “this is a programme that has lasted quite a long time, but it has been particularly important as issues that were discussed during these training sessions cover all the areas that govern the defence and security forces’ work at borders.” The International Organization for Migration, in collaboration with the Senegalese National Police, has built capacities of actors involved in border management under the fight against banditry and organized cross-border crime, intelligence, risk analysis and profiling; as well as the management of health risks at borders and measures to prevent and control infections through the example of the COVID-19 pandemic.

According to IOM Chief of Mission, Valeria Falaschi, “by regularly building the capacities of Senegalese actors and agents involved in border management, IOM Senegal contributes to facilitating and regulating migration.” The day after the official closing ceremony, on 10 March 2022, a review of the training sessions was planned between the actors involved in the project to discuss these trainings’ relevance, expected impacts, points to be improved, and perspectives of ownership by the local authorities.