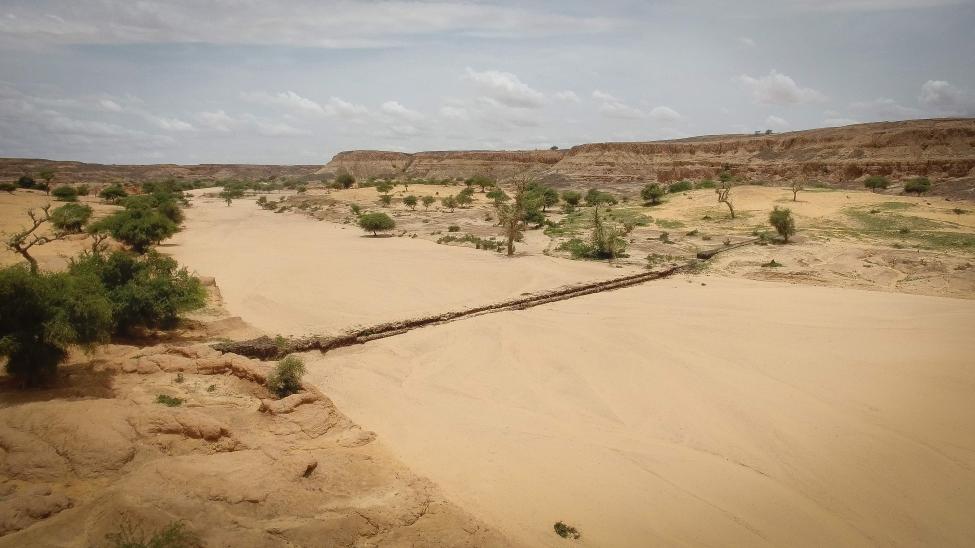 Niamey, Niger – A study conducted by the International Organization for Migration (IOM) in six regions in Niger shows patterns of human mobility linked to climate change.

The study, the first of its kind in the Sahel, addresses the lack of data on the impact of climate change and environmental degradation on human mobility patterns in Niger. It also confirms the concerns raised by the World Bank in its recent report on internal climate migration published last week. As per the report, by 2050, Niger is the country projected to have the highest numbers of internal climate migrants in West Africa, if no action is taken.

The study analyzes the impact of the environment on internal and cross-border migration and the demographic composition of these movements. The study also shows the importance of the indigenous resilience practices related to farming and livestock raising techniques.

Enumerators interviewed over 350 rural households in the targeted regions and 147 internal migrants who have moved from the different regions to Niamey, either permanently or seasonally.

According to the respondents, rising temperatures (75.5 per cent), droughts (63.9 per cent), and strong winds (34.6 per cent) are the climatic events that illustrate most of the reality of climate change in Niger.

Over 67 per cent of respondents believe that migration is an appropriate response to climate change. More than half reported that a family member had been forced to leave their place of origin in search of economic opportunities because climate change (droughts, floods, wildfires, erratic rainfall, and desertification) had affected their livelihoods.

"In the past, you could see the benefits of farming. Young people did not leave the village. There was no shortage of food in any season of the year," says Abdoullahy, the village chief of Gao, in southern Niger. Over the years, dynamics have changed in the village; "staying is not a solution; leaving is an uncertainty," he adds.

"85 per cent of the population of Niger depend on the environment for their livelihood. Unfortunately, environmental and climate shocks such as droughts, floods, wildfires, erratic rainfall, and desertification, are intensifying and impacting the livelihoods of communities. This is causing a growing number of people to leave their homes," says Barbara Rijks, IOM Chief of Mission in Niger.

Over 87 per cent of the internal migrants surveyed in Niamey said that climate change played an essential role in their migration, and more than 45 per cent of those surveyed would like to return home if they had the opportunity to develop socio-economic activities.

On 21 October IOM Niger organized a workshop to discuss and share the results with Niger’s Ministry of Environment ahead of the 26th United Nations Climate Change Conference of the Parties (COP) that started in Glasgow on 31 October. The workshop also brought together representatives of civil society organizations, researchers, and government representatives from Burkina Faso, Chad, and Mali, as these countries are faced with similar challenges as Niger.

The study results and recommendations will not only serve as a basis for developing sustainable and inclusive public policies but also to develop nature-based solutions that increase the resilience of communities and migrants’ households.

The study and the workshop were funded by the IOM Development Fund.