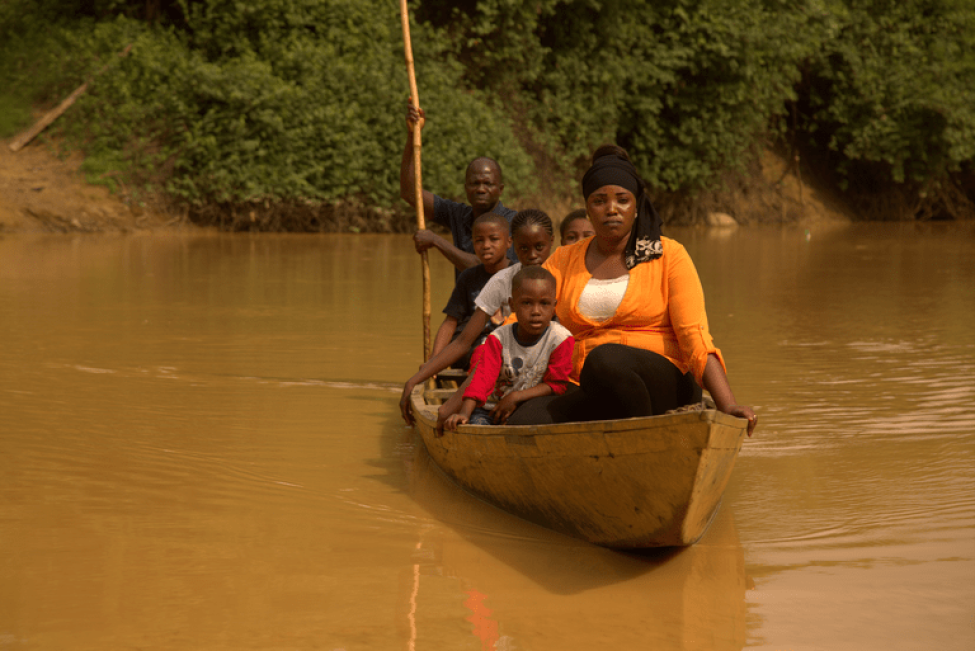 Dakar – On International Migrants Day celebrated this Saturday December 18, the curtain fell on the Global Migration Film Festival 2021 West and Central Africa Edition, which consisted of a very diverse line-up of 35 films including several feature films, documentaries, and short films. This year, the jury panel was presided by experts such as Rahmatou Keita from Niger (feature film category), Ibrahima Thioub (short film category) and Badara Fall (MaM film) both from Senegal. “Fati’s Choice” was awarded the Grand Prix for Best Feature Film by the international jury. A special mention was reserved for ‘La Maison Bleue’ and ‘Matares’.

Due to travel and COVID19 restrictions, the prizes were awarded through a virtual online ceremony on IOM’s social media channels. The winner ‘Fati’s Choice’ by Fatimah Dadzie went home with a money prize of USD 1,000 and the coveted GMFF 2021 award. The movie shows the viewer an often-untold phenomenon that occurs with many returned migrants: the ‘failed’ homecoming. Fatimah Dadzie may deviate with her movie form the classical narrative, but she made the radical choice to show almost during the entire film the constant stigma the main character is facing. “I am grateful to everyone from the festival. They discover talent and give us the opportunity to tell these stories about migration. It took me more than two years to make this documentary, but it was fully worth it”, said the winning director, Fatimah Dadzie.

“The film that we chose - unanimously by the jury – comes with a rare point of view: it talks about the abandonment of the family when finally coming home after many horrible adventures, humiliations, racism on both sides of the Mediterranean", shares Rahmatou Keita, filmmaker from Niger and president of the jury for the festival’s feature films category. A strong competition forced the jury to award a second and third place. Fati’s Choice was followed by ‘La Maison Bleue’ by Hamedine Kane, while ‘Matares’ by Rachid Benhadj was awarded third place.

Given the main theme for this year’s competition was ‘the impact of migration on people’s lives’, the short film deserved its own category. In that category ‘The Lodgers’ by Keni Ogunlola wins the competition. “Making this film was a whole adventure! This award helps us to continue because there will be a feature version of this short film! I thank you all for making this happen”, he noted. In second place came in ‘Territories’ by Azedine Kasri and ‘Hide’ by Kerry David Barry from Sierra Leone finished third. “The award-winning work creates a dialogue between the poles of the migratory process: departure and hosting zones. It mirrors the actors’ culture to make visible the radical oppositions between imaginations and realities, the contrasts between expectations and possibilities, in a remarkable mastery of cinematographic writing, " revealed Professor Ibrahima Thioub, president of the short film jury and historian.

On the same day, the winners of the GMFF 2021 Migrants as Messengers award were also announced. This brand-new category awards the 15 short films made by returned migrants of the Migrants as Messengers project. These migrants have been developing and strengthening their audio-visual skills for more than a year with IOM. All the submitted short films were shot using a smartphone.

Diarra Kourouma from Guinea received the award and equipment worth USD 2,000 with her movie ‘Une vie incertaine’. “I feel joy and gratitude to all my peers who contributed to this film. It was a team effort. I also want to thank all the Volunteers of the Migrants as Messengers project in all the countries for the great work they have done over the last year”, said Diarra Kourouma, the winner of the GMFF MaM award. The sixth edition of the Global Migration Film Festival, West and Central Africa edition took place from November 19 to December 18, 2021, in 13 countries (Burkina Faso, Cameroon, Central African Republic, Chad, Gambia, Côte d'Ivoire, Ghana, Guinea, Liberia, Mali, Nigeria, Senegal and Sierra Leone).

Visitors had the choice between 35 movies addressing the topic of migration. From these 35 movies, more than half of them were directed or co-directed by women; we had 27 short films and over more than 2000 viewers throughout the region. The screenings took place in a variety of spaces, such as schools, villages squares and gardens. In addition to these screenings, debates with the presence of directors, testimonies of returned migrants, music, dance, theatre, and slam performances were organised.

For more information on the 2021 edition of the GMFF, please visit this page.