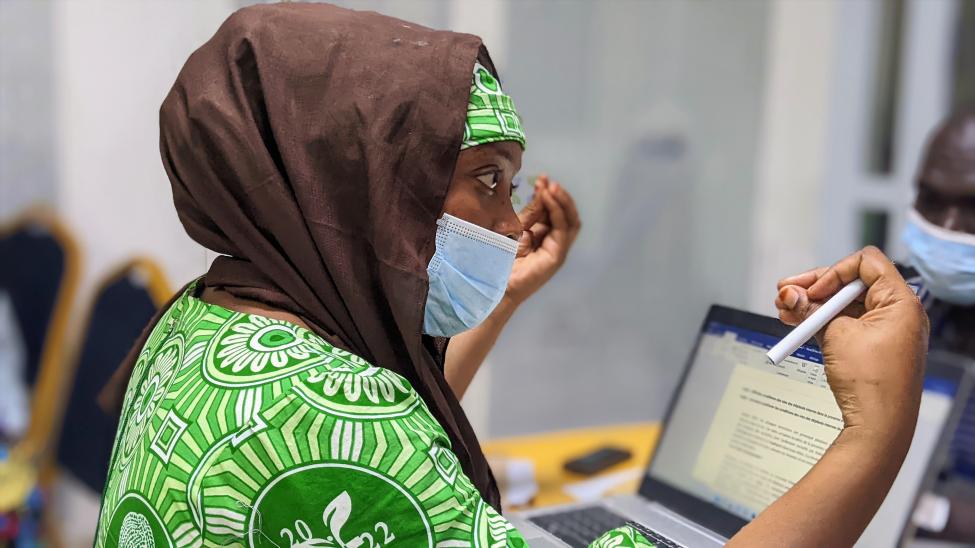 N’Djamena – The International Organization for Migration (IOM) launches on 27 June 2022 the first edition of the Reporting Migration Competition in Chad. Organized in collaboration with the High Authority for Media and Audiovisual (HAMA), Union of Chadian Journalists (UJT) and National Office for Media and Audiovisual (ONAMA), and with the support of Africa Check, this award aims to promote evidence-based, positive, and constructive migration reporting across the country.

The competition is open to all Chadian journalists working in the print or broadcast media (radio and television) affiliated with a national or international media outlet (broadcasting in Chad) or independent journalists. Various equipment including a motorbike, a computer and a camera will be awarded to the first, second and third winners respectively by IOM Chad in addition to a certificate of recognition that will be handed over during the official award ceremony scheduled for July 2022. “The press and media play a key role in deconstructing myths and prejudices around migration.

For a country like Chad where migration issues are not always well understood by the population, journalists have a core mission, which is not only to promote a balanced discourse, but more importantly to help understand the many facets of migration across the country,” says Anne Kathrin Schaefer, Chief of Mission of IOM in Chad. “The purpose of the competition is therefore to promote clear and non-prejudicial information that differs from the sensational and emotional coverage of the usual migration stories,” she adds. Journalists are invited to submit entries (reports, stories, articles) on one of the following themes: migrant protection, migrant return and reintegration, trafficking in persons, labour migration, migrant integration and inclusion, and forced migration in Chad by 20 July 2022.

Reports, articles, stories can be submitted in French and Arabic.

Under the coordination of IOM’s Regional Office for West and Central Africa, the Reporting Migration Competition is also organized by IOM in Senegal, The Gambia, Mauritania, Niger, Mali, Ghana and Nigeria between March and August 2022. The competition, implemented under the EU-IOM Joint Initiative for Migrant Protection and Reintegration, aims to promote quality media content on migration in line with the rules and ethical practices of journalism.