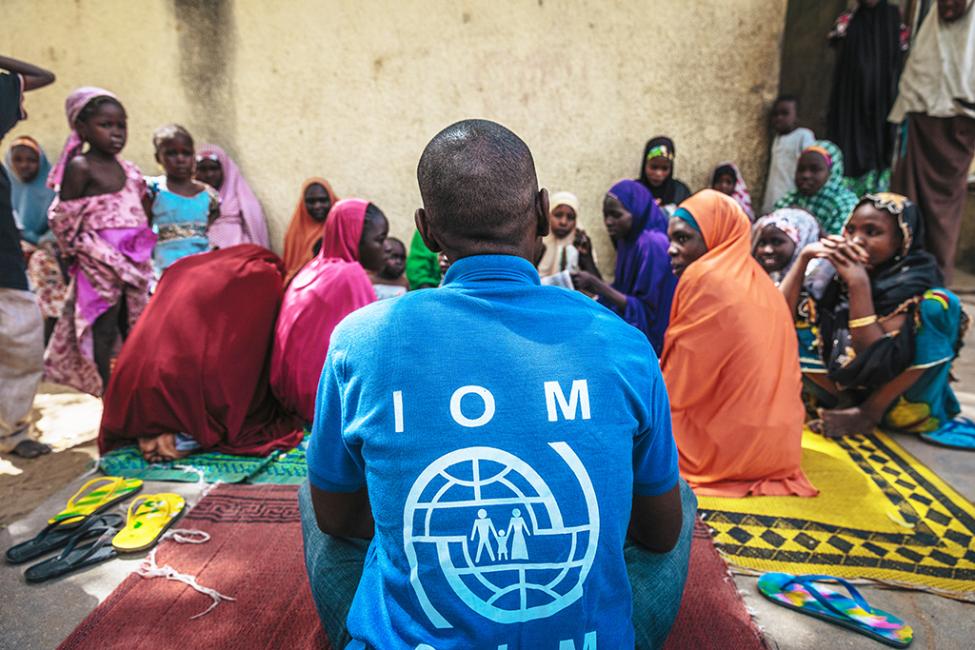 Dakar – The International Organization for Migration (IOM) has recently launched the Stability Index, which offers a simple, comparable, and robust measurement of the stability of living conditions in localities in the Lake Chad Basin (LCB) affected by displacement. The Index supports government authorities, IOM and other UN agencies to better inform humanitarian assistance, implement programmes to enable the recovery of populations affected by humanitarian crises and enact policies to secure lasting development. For its first application in West and Central Africa, IOM implemented the Stability Index in the Lake Chad Basin, which straddles Cameroon, Chad, Niger and Nigeria and has been facing an insurgency by Non-State Armed Groups since 2009.

Data collection for the Stability Index was carried out in 1,912 locations throughout all four countries of the Lake Chad Basin in March and April 2021, through interviews with local leaders and representatives of displaced and host populations with intimate knowledge of each locality. Results from the exercise indicate that across assessed locations in the Lake Chad Basin, factors relating to safety, security and social cohesion had the greatest influence on feelings of stability amongst respondents. In addition, findings supported the importance of targeting tailored programming in both the most stable and least stable locations: by simultaneously implementing projects to provide emergency aid in less stable areas and development and peacebuilding policies in more stable areas, stability throughout the Basin can be significantly and durably improved.

During security crises, not all areas are affected evenly, with some benefiting from greater levels of stability, safety, and resilience than others. Identifying stable zones is central to the resolution of humanitarian crises. It informs the implementation of a multi-pronged response involving direct assistance to populations, service delivery and bolstering of State presence, while also promoting stronger inter-community relations, livelihood opportunities, private investment and stimulating economic activity in these areas, thus meeting humanitarian needs while also addressing factors of conflict and instability that often drive crises. The Stability Index was first implemented in the context of the crisis affecting the Lake Chad Basin which, while characterized by armed attacks, natural disasters and the consecutive mass population displacements, has deep, structural roots.

The Stability Index was developed to identify areas where the necessary conditions for lasting and sustainable development are met to support integrated responses as well as identifying thematic areas of intervention, with the aim of facilitating the durable return of displaced populations in their communities of origin and preventing future forced displacements. The Stability Index collects data on 37 indicators – determined through consultation with experts – on a wide range of topics, including access to legal remedies, social cohesion, daily life, access to livelihoods, basic services, and the presence of public servants. Indicators are distilled into a single “stability score” which estimates the level of stability in each location. Data is collected on a regular basis to allow for the analysis of change over time and better understand the evolution of living conditions in assessed communities. The Index measures the resilience of communities hosting displaced populations, recognizes persistent, structural vulnerabilities and identifies factors contributing to stability in assessed locations. In doing so, it allows actors implicated in humanitarian aid, development, policymaking, and peaceful resolution of conflicts to implement tailored programmes and policies to cement stable conditions in conflict affected areas. In its next phase, the Stability Index will expand into the Liptako Gourma Region bordering Burkina Faso, Mali, and Niger, where it will measure stability, fragility, and mobility in the region with a view towards sustainable peace and development. A pilot exercise is currently underway.

For more information, please contact Alpha BA, Spokesperson for the International Organization for Migration in West and Central Africa: aba@iom.int