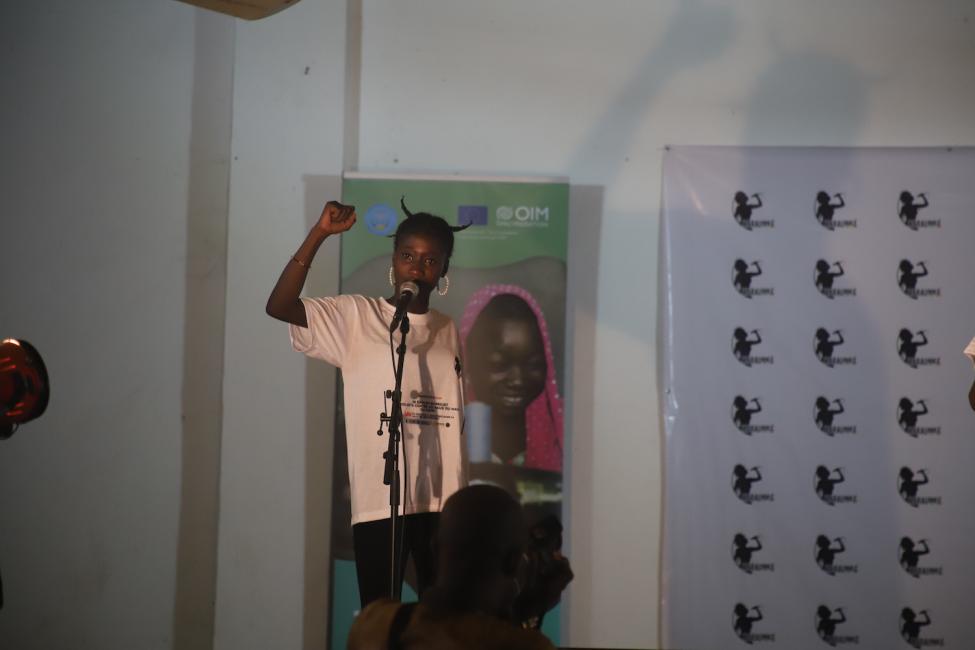 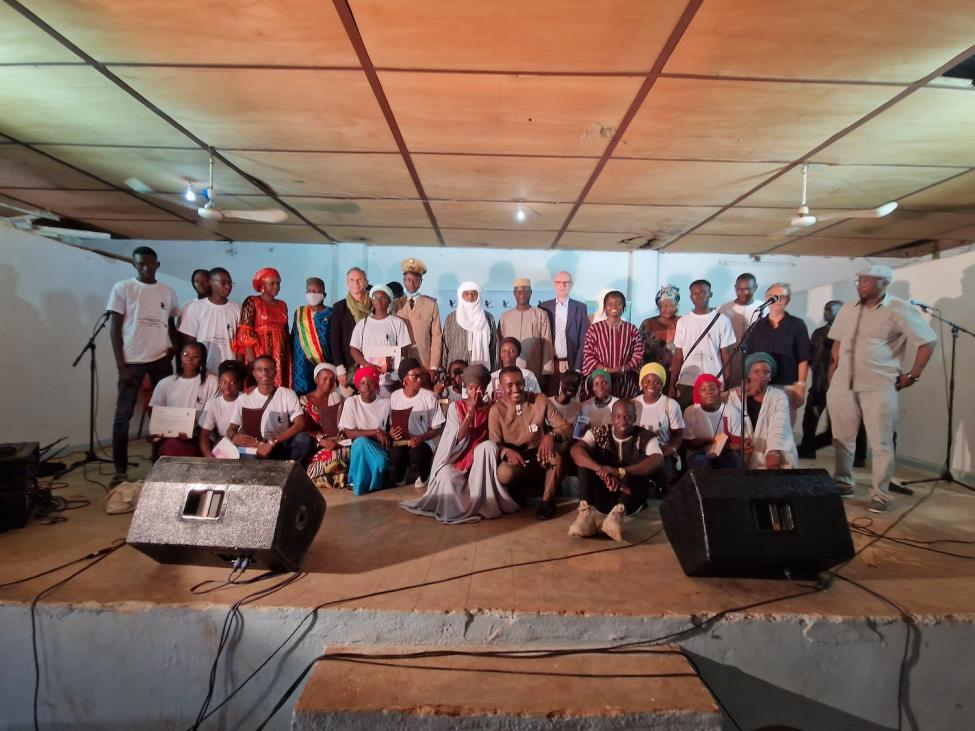 Bamako – The third edition of the competition under the project “Nos mots contre les maux du Mali et du Sahel” (Our words against woes in Mali and the Sahel) was held on Saturday 18 June 2022 in Koulikoro, near Bamako. On this occasion, 18 young Malians raised awareness among their peers about the dangers of irregular migration, through slam poetry. This initiative, supported by the International Organization for Migration (IOM) in Mali, is part of an awareness-raising campaign aimed at reaching 18,000 young people.

“Nos mots contre les maux du Mali et du Sahel” is an awareness-raising project run by Maralinké, the first female slam group in Mali. It consists of selecting and training young people who, after a competition, are called upon to return to their respective communities to raise awareness among their peers about social issues through slam.

This year, 18 high school and university students were selected from the regions of Kayes, Koulikoro, Ségou, Mopti, Gao, and the district of Bamako. After training workshops, they drafted texts on the dangers of irregular migration which they recited in front of an audience of hundreds of young people. “When young people talk to each other, they understand each other more easily. The young people have raised awareness among their peers who will pass on the message in a playful way,” explained Aminata Bambi Konate, head of Maralinké Slam.

The invited officials also welcomed the merits of this activity supported by IOM Mali, within the framework of the EU-IOM Joint Initiative for Migrant Protection and Reintegration. “We are working with IOM and the Government of Mali for well-regulated migration that allows young people not to take unknown risks. Today, we heard young people expressing their lack of understanding of the dangers associated with irregular migration, but above all what needs to be done for a better Mali,” said Bart Ouvry, European Union Ambassador to Mali. “I congratulate IOM and the European Union for having chosen the slam, verbal and musical poetry, to get the message across,” said Alhamdou Ag Ilyene, Ministry of Malians Abroad and African Integration.

After the restitution, the participants will have to continue raising awareness through slam, on social networks and in their respective communities. “The aim of this awareness-raising campaign about the dangers of irregular migration and issues related to regular migration is to reach more than 18,000 young men and women,” explained Pascal Reyntjens, IOM Chief of Mission in Mali.

Youth is particularly concerned by irregular migration in Mali. More than 84 per cent of the 31,800 migrants in vulnerable situations who have benefited from IOM Mali’s assistance from 2017 to date are under the age of 35.