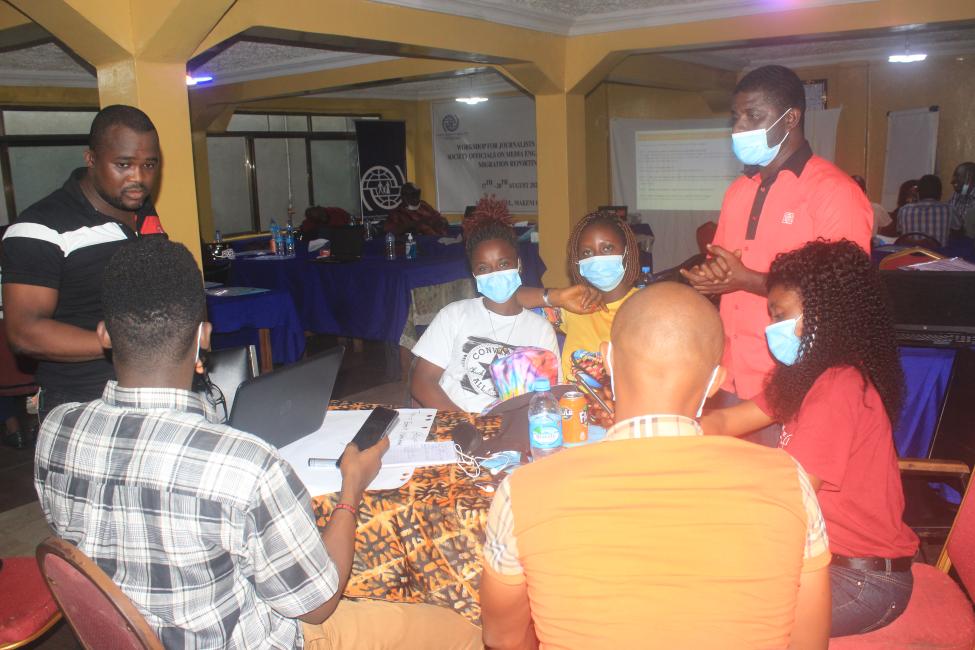 The setting up of the network is the result of a four-day (17-20 August ) workshop on Media Engagement, Migration Reporting and Communication for Development (C4D) in which a cadre 40 Sierra Leonean  journalists, Civil Society Officials and Influencers across migration prone areas in Northern Province and Western Area engaged and discussed in Makeni on how they will demonstrate  professionalism, and ethics using the media to effectively raise awareness about migration issues.

The Media play a significant role in the framing of policy discourses that affect how people act, what people think, how policymakers prioritize agendas, and even how migrants make decisions as well. In recent months, media coverage on migration in Sierra Leone is on the increase, especially when some young Sierra Leoneans were reported to have lost their lives in the Sahara Desert, Mediterranean Sea and subjected into forced labour in countries away from their home.

“If the media in Sierra Leone can professionally and frequently report and talk about migrants’ stories, and issues it will help change the discourse and narrative about migration in the country” said Dr James Bagonza, Head of Office, IOM Sierra Leone. “The more information disseminated through the print, electronic and digital media will help ameliorate the situation, influence attitude, and possibly engineer behavior change” he added.

“Capacity building on migration reporting is really needed and came at the right time, especially at a time when there is so much discussions around irregular migration issues in the country” said Mohamed B. Koroma, Executive Director, Centre for Partnership Initiatives -Sierra Leone. “The partnership that has been established between journalists and CSOs will enable us work together to provide information on the risks of irregular migration and also provide information that contributes towards safe migration pathways” he added.

Umu Thoronka, represented the Sierra Leone Broadcasting Corporation Television in Makeni at the training, for her the training is important to understand national, international context of migration, and issues around the ethical aspect of reporting.

“The workshop provides an opportunity for an introspection on the role and responsibilities of media professionals, and how we media practitioners and civil society officials can follow rigoursly journalistic principles and give a voice and protect vulnerable migrants and help other people as well” said Thoronka “ As primary source of information, people rely on us to get the fact right and report accurately” she added.

The Workshop was organized within the framework of the Migrants as Messengers Project and is part of an effort to train more than four hundred Media, Civil Society officials and influencers on Media engagement and Migration reporting in Sierra Leone.