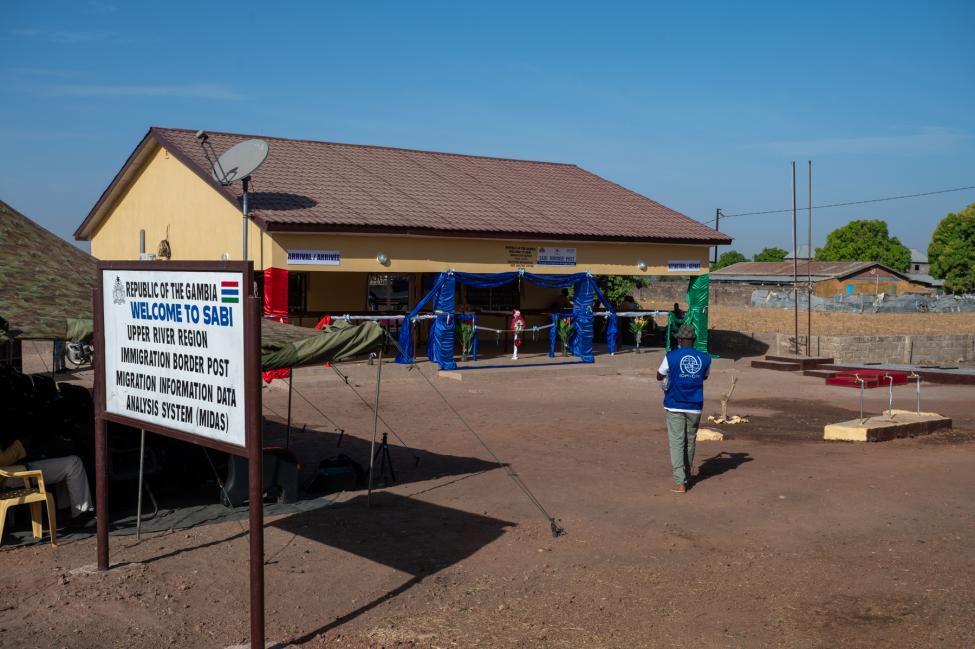 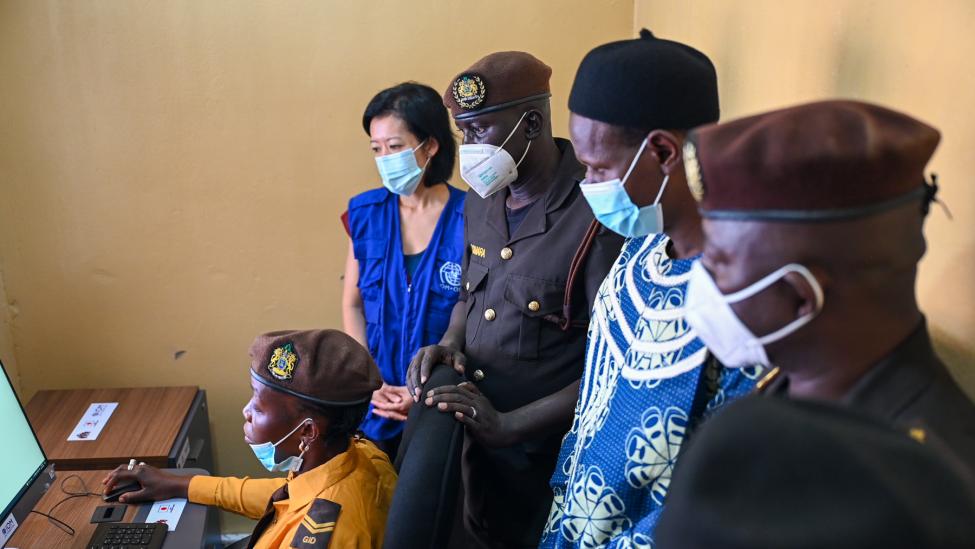 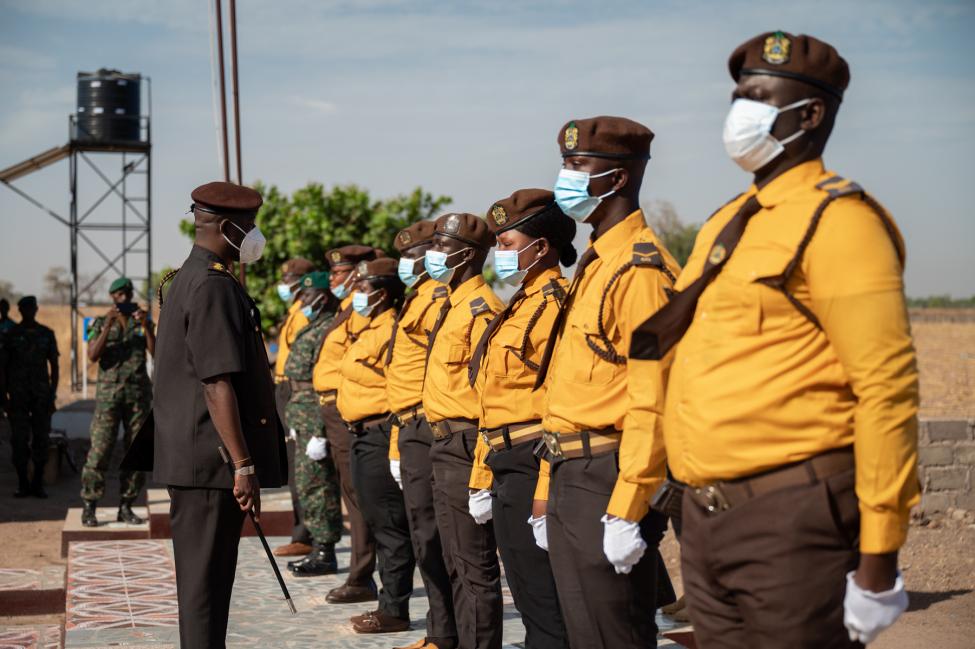 Immigration officers in Sabi were trained in various areas, including document security and infection prevention and control. © IOM 2022 / Robert Kovacs

Constructed with support from the International Organization for Migration (IOM), through funding from the Government of Japan, the newly constructed building is equipped with standard office furniture and equipment, as well as rooms to facilitate GID’s work, such as immigration booths, an inspection room and a server room. In addition, the Migration Information and Data Analysis System (MIDAS) has been installed, which collects traveller information in real time to better understand mobility patterns and provide a sound statistical basis for migration policy-related planning.

The new border post comes at a vital time as regional mobility picks up again, with pandemic-related movement restrictions decreasing. The Upper River Region, in particular, is a hub where cross-border traders from Guinea, Guinea-Bissau, Mali, Senegal and other parts of West Africa converge. In Sabi alone, in the past three months, over 4,000 traveller entries were registered on MIDAS.

Where land borders between The Gambia and Senegal are traditionally porous, official border crossing points – equipped with the necessary tools and infrastructure – contribute significantly to facilitating the safe and orderly movement of migrants and goods and combatting transnational crime, such as migrant smuggling and trafficking in persons.

“It is important to know the movement of people coming in and going out,” emphasized Samba Bah, Governor of the Upper River Region. “We need to move away from a manual system to an electronic system. This is exactly what the border post will do for the people of Sabi.”

“MIDAS has the capability of collecting, processing, storing and analysing traveller information across the entire border network. Travel documents are examined under sophisticated security lights to test their authenticity. This has greatly enhanced the efficiency of our border management,” added Seedy Touray, Director-General of The Gambia Immigration Department, on the advanced technology at the new building.

Groundwork for the effective operationalization of the new border post was laid months prior through capacity building initiatives. In Sabi, 15 officials were trained on the use of MIDAS, 10 on document security and protection of vulnerable migrants, two on transnational organized crime and three on infection prevention and control. In addition, an inter-agency border coordination committee was established in Sabi in March 2021 and has convened seven times since then, with the aim of strengthening coordination and information-exchange between various stakeholders.

Immigration officials in Sabi had also previously received support in the area of water, sanitation and hygiene (WASH), including through the construction of a solar-powered borehole and the provision of personal protective equipment.

“The need to have a well-equipped border post to facilitate trade, protect migrants and promote the free movement of travellers is critical to the aspirations of The Gambia,” remarked Fumiko Nagano, IOM’s Chief of Mission in The Gambia. “Today’s occasion is of great significance not only to the border community here in Sabi, but also to the entire country as we jointly contribute to efforts to strengthen border management.”

Since 2018, the Government of Japan has provided critical financial support in the area of border management through a series of projects, totalling USD 2.58 million. The current project, Strengthening Operational Capacities for Gambian Authorities to Manage Borders, Respond to Health Crisis and Socio-Economic Impacts of COVID-19, looks particularly into managing borders within the context of the pandemic, including health and humanitarian border management activities to strengthen the capacity of frontline border officials to conduct infection prevention and control at key ports of entry.

The project also has a component on assessing the socio-economic impact of COVID-19 on informal cross-border traders, and based on that assessment, providing direct livelihoods support to this group of beneficiaries.