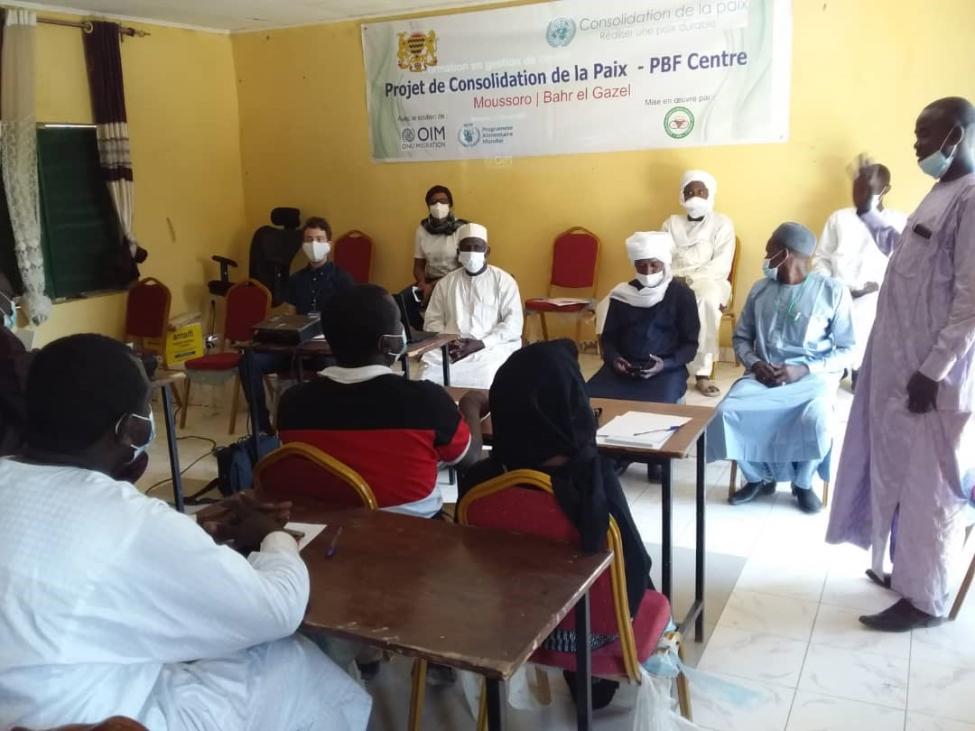 Moussoro – 50 youths from the Barh el-Ghazel Province in Central Chad completed this week a 2-days training on mediation and peaceful conflict resolution. During the training, which was facilitated by peacebuilding experts as well as local authorities, the youth learnt and practiced key strategies for reducing interpersonal and intercommunity conflicts, including negotiation, mediation, and non-violent communication.

“This training gave us many good ideas and tips on how to peacefully manage conflicts, as well as skills and knowledge that will help us change our societies for better”, said Ousman Adoum, a local youth leader who participated in the training.

Chad, a vast landlocked country located at the centre of Africa has an average population age of 19.7 years, ranking it among one of the most youthful in Africa. Despite this potential, over 40% of the population of working age is underemployed, according to national statistics. In rural areas, conflicts often arise of competition over natural resources, non-respect of traditional norms and customs, or interpersonal or intercommunal misunderstandings.

Since 2019, IOM has been implementing the project “Empowering youth in central Chad to become peacebuilding agents” in three provinces in the centre of the country, namely in Borkou, Barh el Ghazel and Batha. The project seeks to empower with Chadian youth towards peacebuilding and create alternatives to irregular migration through various vocational skills training programmes.

As part of the project, peacebuilding trainings are organised to promote the involvement of young women and men in the search for solutions to the tensions and conflicts that may exist in their communities.

“Our goal for organising these training is to create spaces for youth to formulate recommendations, express needs and priorities, but also develop skills to participate in wider community processes”, said Jakob Kienzle, Project Manager with IOM Chad.

The project will also provide trainings on professional skills, such as including mechanics and tailoring, and support livelihood activities of young men and women in the three target provinces.

The project “Empowering youth in central Chad to become peacebuilding agents” is funded by the UN Peacebuilding Fund and is implemented jointly by the International Organization for Migration (IOM) and the World Food Programme (WFP) in Chad.