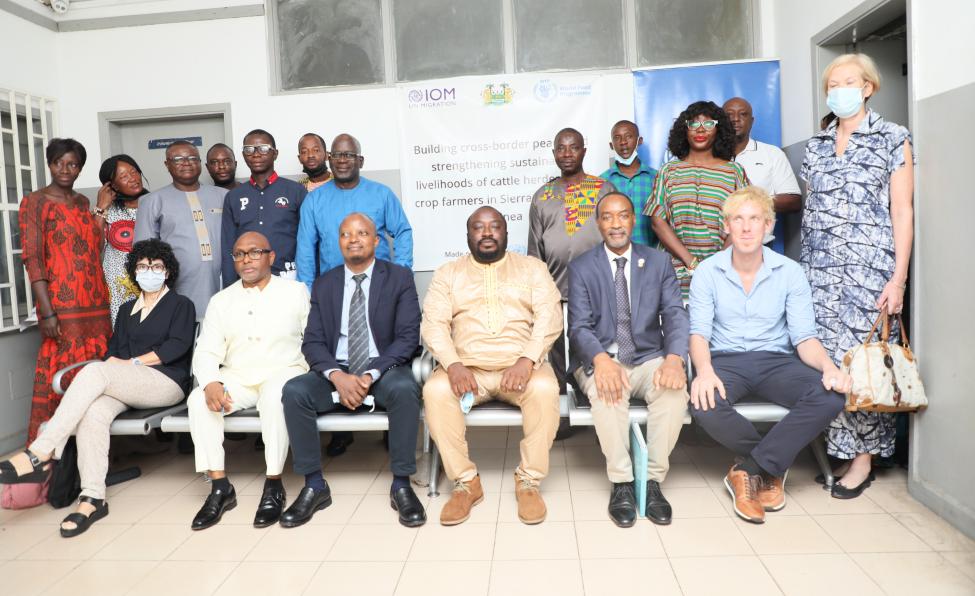 Freetown – WFP and IOM, along with key government officials in Sierra Leone, launched a cross-border peacebuilding project on 17 December 2021.

With funds from the Secretary General’s UN Peacekeeping Fund, WFP and IOM will support the government to strengthen civil institutions and evidence-based policies for conflict resolution and peaceful co-existence between cattle herders and crop farmers in Sierra Leone and Guinea. On the same note, the agencies will strengthen livelihoods and economic collaboration among border communities, through climate-smart agricultural activities designed with the participation of the beneficiaries

The project will be implemented within and between Falaba district in Sierra Leone and the Faranah Prefecture in Guinea over the next two years. The two UN sister agencies will work with several partners in Guinea, including civil society entities, communities, and local governments on both sides of the border.

A long-standing conflict between cattle herders and farmers along Sierra Leone’s northern border with Guinea is intensifying, compounded by climate change, water and food shortages and unsustainable livelihoods of women and men. With increasing numbers of cattle herders migrating from Guinea into Sierra Leone, the conflicts, if left unaddressed, could escalate, and destabilize both regions. The project addresses a critical gap on cross-border peacebuilding between the cattle herders and farmers in this zone.

“Livelihoods are a pathway to peace and stability and an environment where communities co-exist and collaborate to build assets and social cohesion. And we have seen it elsewhere in Sierra Leone that the rewards are greater when women and youths are placed at the center, which is what we will do” said Mr. Steve Nsubuga, WFP Country Representative

“The Project will form a solid foundation for an integrated regional approach to border security because it will align Mano River Union (MRU) countries national border management strategies into a sub-regional MRU strategy especially so when it involves border communities in managing the security of our common borders”, said Joseph Panda Noah, Minister of Internal Affairs.

Head of Office at IOM Sierra Leone, Dr James Bagonza added: “Climate change has changed traditional movement patterns and increased transhumance migration as cattle herders and farmers look for more cultivable land via different routes, further increasing intercommunal tensions. If these routes are better understood and relevant data is collected by the authorities, then better — and disaggregated data — can be used for the development evidence-based policies that aim to reduce tension and sustain peace”.