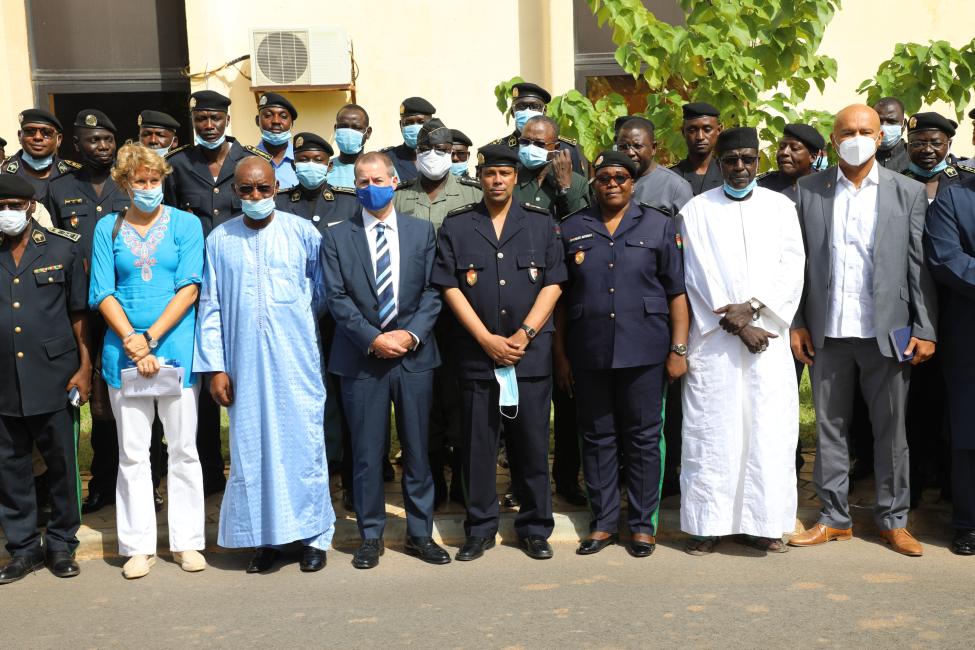 Niamey (Niger) – The International Organization for Migration (IOM) in Niger supported the organization of the 4th annual coordination meeting of the Directorate for the Surveillance of the Territory (Direction de la Surveillance du Territoire, DST) of the Niger National Police from 22 to 24 September 2021 at the Palais des Congrès in Niamey.

The representatives of the country’s border management services met for three days to discuss the common issues and challenges of managing the country’s 5,600 kilometres of borders in a context of growing insecurity, increased organized crime and the global pandemic. They also discussed the main areas of focus of the DST’s 2022-2026 Development Plan.

The DST is in charge of issuing travel permits and documents in Niger, monitoring compliance with the conditions set out in Decree 87-076/PCMS/MI/MAE/C regulating the conditions of entry and residence of foreigners on the territory, and sanctioning migration-related infractions.

Collaboration between the technical services and operational partners of the DST, such as the Central Office for the Repression of Illicit Drug Trafficking (OCRTIS), the Central Service for the Fight against Terrorism (SCLCT), and the Technical and Forensic Police, also makes it possible to create referral and investigation networks for cases of organized crime or cross-border crime in Niger, based on the first level of control of points of entry and exit.

The Nigerien government has designated IOM to support the DST in the automated collection, processing, storage, and analysis of biometric immigration data of travelers in Niger. Accordingly, since 2017, IOM has supported the progressive installation of the Migration Information and Data Analysis System (MIDAS) at the various border police stations in Niger. This automated recording tool of travelers’ data allows if interconnected with databases and alert lists developed by Nigerien, regional, or international technical services, to identify and report suspicious cases during the primary inspection at the country’s official points of entry, and thus strengthen crime prevention.

In general, the modernization and digitalization of migration-related procedures and personal data protection have become indispensable factors in the digital age.