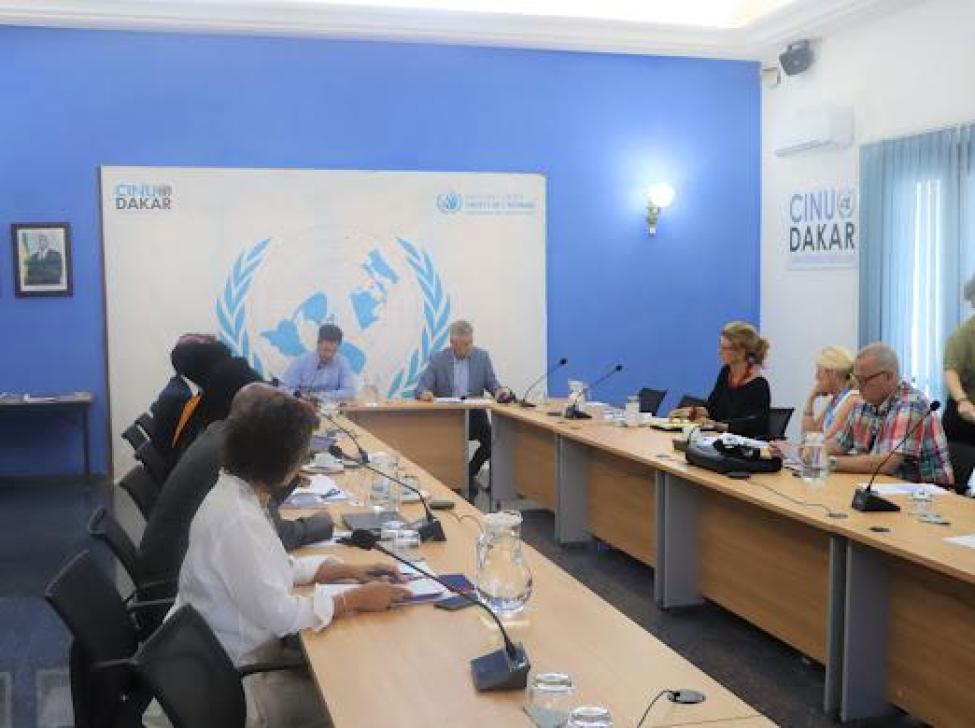 Dakar - 24 June 2022: The West Africa Regional Office of the High Commissioner for Human Rights (OHCHR-WARO) hosted the meeting of the UN Regional Network on Migration. The purpose of the meeting was to discuss the network's strategic priorities for the upcoming two years in order to strengthen support to Member States on migration issues. The UN Regional Network on Migration in West and Central Africa aims to facilitate effective, timely and coordinated UN system-wide support to Member States and regional partners in the implementation, monitoring and review of the Global Compact for Safe, Orderly and Regular Migration, where a joint UN system approach at the regional level would add value.

The evaluation of the implementation of the Compact found that governments in the region have shown great enthusiasm in its implementation, with eight countries standing out, which according to Christopher Gascon, Regional Director for West and Central Africa for the International Organization for Migration (IOM), "highlights the importance that governments in our region place on the subject of migration and on the implementation of the Global Compact on Migration as a roadmap to achieve better migration governance that benefits all, especially the migrants themselves, and that helps to achieve the SDGs, in particular Target 10. 7."

In his opening remarks, Andrea Ori, OHCHR Regional Representative of the West Africa Regional Office, stressed the importance of taking a human rights-based approach to the implementation of the Pact. In addition, Mr Ori emphasized the difficult context in which Member States operate, including the challenging security situation. He also mentioned the disastrous effects of climate change and the humanitarian emergencies combined with the effects of the Ukraine war on food shortage in Africa and leading to increased poverty and inequality.

The Global Compact for Migration remains the primary text guiding the collective efforts of Member States to improve international cooperation on migration in a way that benefits governments, communities and migrants themselves. The Network was established in 2019 as part of the UN development system, and the Secretary-General reports on the work of the Network every two years in his report to the General Assembly. The UN's coordinated approach to migration through the UN Network also contributes to the UN reform with its ambition to see UN agencies coordinate and collaborate more closely.

Last year, The UN Regional Network – under the co-lead of OHCHR and UNICEF - has done significant efforts to ensure stakeholder engagement to ensure that stakeholder perspectives were visible in the regional review and International Migration Review Forum (IMRF), while United Nations Office on Drugs and Crime (UNODC), OHCHR and IOM took the initiative to provide a platform for ECOWAS member states to discuss the implementation of the Global Compact in the West African region in preparation of the IMRF.