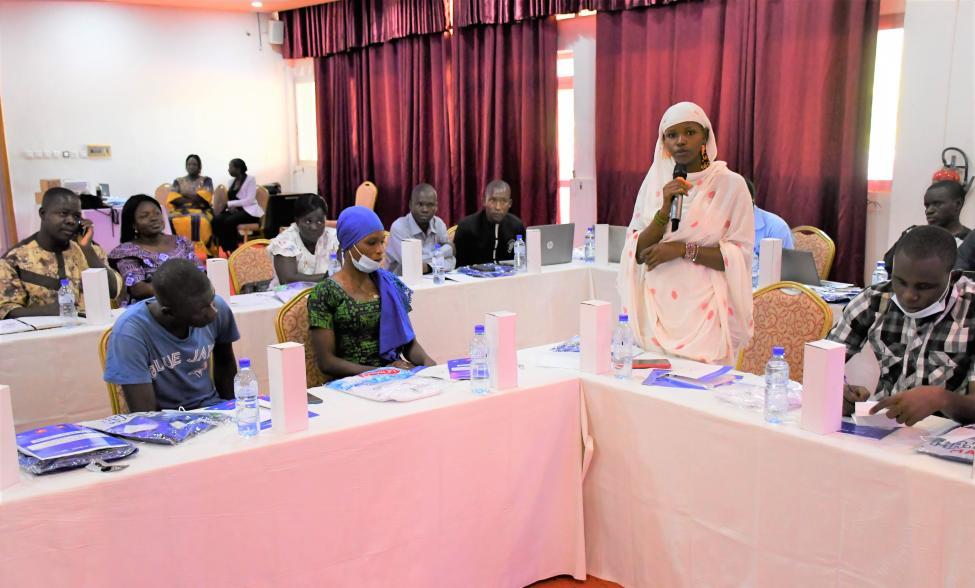 Ouagadougou – The International Organization for Migration (IOM) and the United Nations High Commissioner for Refugees (UNHCR) conducted in Ouagadougou, a closing workshop for the project “support to the mobilization of youth, actors of social cohesion and peace in the Centre-North and Sahel regions of Burkina Faso”, called “Youth and Peace” Project (Projet “Jeunes et Paix”, in French).

Funded by the Peacebuilding Fund (PBF), this project was implemented between 2019 and 2021, jointly by IOM and UNHCR, in partnership with the Government of Burkina Faso, with the main objective of contributing to social cohesion and peace in the Centre-North and Sahel regions, including Kaya, Barsalogho, Dori and Gorom-Gorom areas. The objective is to respond to the country’s priorities as defined by Pillar 4 of the strategy of the expanded Emergency Programme for the Sahel (PUS-BF), relating to “strengthening resilience of populations and territories”.

This project, also called “Youth and Peace”, aims to develop a culture of peace and social cohesion among internally displaced persons, refugees, and host communities. To achieve this, 100 mixed groups of 2,050 young people from host communities, IDPs and refugees were formed into associations and provided with technical support and grants to implement joint economic initiatives. This project was implemented in close collaboration with local authorities, deconcentrated technical services, representatives of target communities gathered in selection and monitoring committees.

In her welcoming remarks on behalf of UNHCR and IOM, the Representative, Chief of Mission of IOM in Burkina Faso, Aissatou Guisse Kaspar highlighted “the role of youth and women in building community dialogues in an inclusive manner that have reached more than 60,000 people on various themes contributing to reducing mistrust often shown towards displaced persons”.

According to her: “Beyond the economic opportunities created by the project, these collaborative spaces between young people have above all served to raise awareness about the situation of displaced persons to deconstruct certain stereotypes and prejudices often expressed about them.” This meeting brought together all the project’s stakeholders, including Government authorities, regional and local actors from the Centre-North and the Sahel, as well as representatives of deconcentrated state services, who were able to discuss the results, good practices and lessons learnt from this experience. Based on the final evaluation, 95% of the beneficiaries consider that “the project’s actions have contributed to the rapprochement and strengthening of community life”.

The discussions held during the workshop showed that the project had largely achieved its objectives. These achievements, as well as the encouraging results obtained during the project, have had a catalytic effect through the mobilization of additional resources from the Swedish International Development Cooperation Agency (SIDA). This will enable the continuation and consolidation of this intervention for resilience and empowerment of vulnerable groups in the priority regions of the Sahel and the North.