Female black filmmakers are claiming their seat at the table 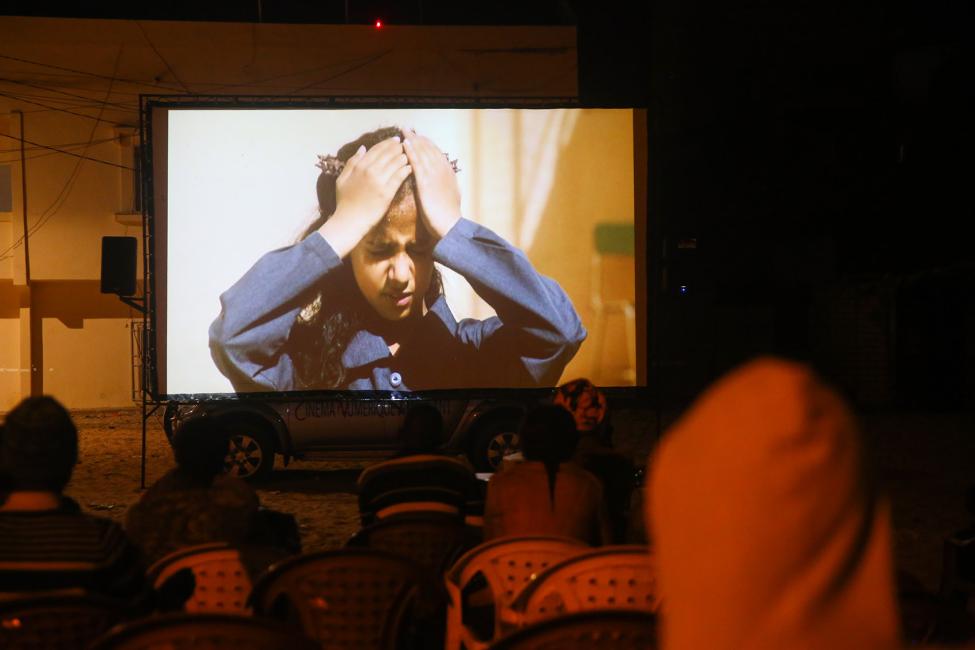 Female black filmmakers are still underrepresented in the film industry, as in most other public spheres of society, compared to their male counterparts. Between 2007 and 2016, from the 1,000 top-grossing films around the world, only 4 per cent of all directors were black and female. However, the last years have seen a gradual emergence of female movie directors from all over the continent.

This creates a welcome opportunity for platforms like IOM’s Global Migration Film Festival West and Central Africa Edition to let these movies compete for wider exposure and recognition. This year’s festival screens 35 movies, more than half of which were directed or co-directed by women.

Among these is Fatimah Dadzie, a Ghanaian filmmaker who just released ‘Fati’s Choice’ (2021). The documentary focuses on the painful return of Fati, a mother of three, to her hometown. “I could not have made the same movie if the main character was a man for a number of reasons,” explains Fatimah; “firstly, a man would never be treated so horrendously by her own family like Fati was upon her return; secondly, as a woman telling a female story, I feel more qualified to see it through a female lens.” Fatimah also decided to work with a female crew to create a safe space for Fati to tell her story.

Être a l'aise, being at ease: that feeling often lacks when talking about gender-related topics such as sexuality and reproductive health, female empowerment as well as women’s experience of migration. Not only among the elderly, but also among the younger generation. That is where the medium of film comes in to offer the viewer a way to challenge these sensitive topics. Tabara Ly, the Senegalese producer of the documentary ‘Maison Bleue’ (2020), discovered this art form for herself accidentally. When stepping in last minute to help out her sister on a film set, she got a taste for the industry, and made a career in film herself. “Film is the most effective way to get the message across. You have text, image and sound. If the film doesn't 'speak' to the audience or make them think, it misses its objective.”

Marie Camara Ndiaye, Senegalese director of the animation movie ‘The Quest’ (2018), confirms the legitimacy of women using film to address socio-political or gender-cultural issues. However, she notes that this legitimacy alone will not erode the pre-existing conceptions. “Women, and female directors, have every interest to know the ins and outs of things that are close to their hearts. They should educate themselves, breathe professionality and present themselves as the references. A returned migrant knows everything about migration but that doesn’t make them a professional filmmaker.”

For Ethosheia Hylton, director of ‘Dolapo is fine’ (2020), gender equality plays an important role on set; she applies a 50-per cent quota for women and men. Although the key positions, including producer, writer and director, are taken by women, she thinks that the effort goes both ways: “I see a positive evolution towards female directors but when one is skilled enough to tell the story as it was intended to; gender should not be an issue.”

Besides the pressure of family, women can face an additional pressure from the society. Martine Ndiaye, French-Senegalese cinephile and organizer of the Festival Films Femmes Afrique, could not agree more: “We women film enthusiasts are in a minority position in the film industry. Change is needed. Young female directors are arriving, and they are making short films. For the film industry to evolve, we need to make more comedies to attract the attention of the general public. In Senegal, people often tend not to distinguish between the character in a drama series and the actor/actress playing the role. Through comedy, I think we can create a moment of reflection followed by a discussion with the members of the community."

The IOM Global Migration Film Festival, West and Central Africa edition runs from November 20 till December 18 across 12 countries in the region. All the women cited in this article are selected to the official competition of the festival with exception of Martine Ndiaye from Festivals Films Femmes Afrique. Visitors have the choice between 20 movies (shorts, feature and documentaries) addressing the topic of migration. The festival also highlights films that address the topic of gender-based violence that aligns with the campaign of 16 Days of Activism against Gender-Based Violence. You can listen here to a podcast on the origins of the campaign.

This article was written by Tijs Magagi Hoornaert, Communication Consultant at IOM.