Preventing and Combating Violent Extremism in Togo: Traditional and Religious Leaders Called on to Play Their Role 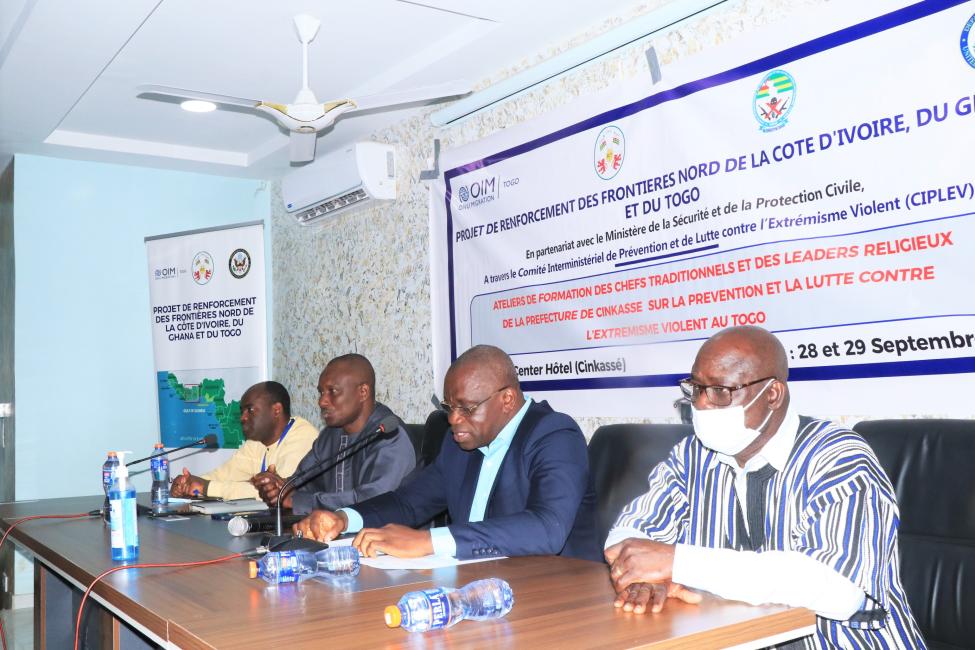 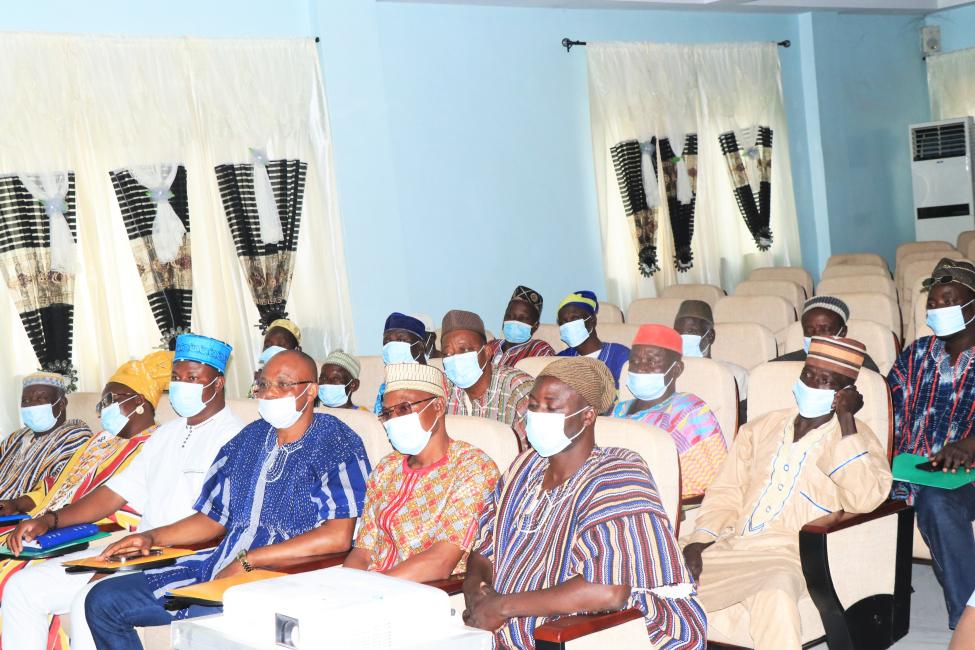 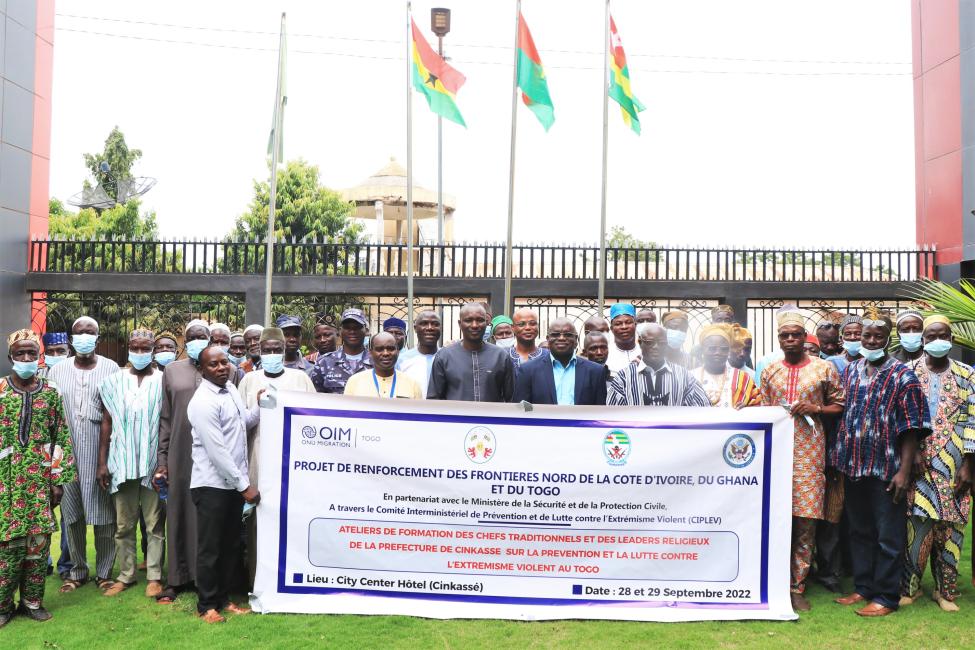 Family photo of the participants

Cinkassé and Naki-Est (Savanes Region) – Togo has been confronted in recent months with the expansion of violent extremist movements and an upsurge in attacks by unidentified armed groups. The country’s vulnerability to this terrorist threat can be explained by the geographical and sociocultural proximity of the Savanes Region to Burkina Faso, where numerous attacks have been recorded for several years. The increasingly unstable security situation in Burkina Faso gives rise to fears that extremist violence could spread to the northern part of Togo. As a result, the Togolese Government is committed and determined to prevent and combat violent extremism as a priority.

In an effort to continue the implementation of the guidelines defined by the Government to prevent and combat violent extremism in Togo, the Inter-Ministerial Committee on Preventing and Combating Violent Extremism (CIPLEV) conducted, with the financial support of the International Organization for Migration (IOM), training and awareness-raising workshops on preventing and combating violent extremism for traditional and religious leaders in the prefectures of Cinkassé and Kpendjal-Ouest in the Savanes Region. These workshops took place simultaneously in the prefectural capitals, more precisely at the City Center Hotel in Cinkassé and the multi-purpose hall of Social Affairs in Naki-Est, on 28 and 29 September 2022.

The objective of these workshops is to strengthen the participation of traditional and religious leaders in preventing and combating the rise of violent extremist movements that undermine social cohesion. In practical terms, the aim of the training was to involve each participant in his or her role as a guide for the construction of a Togo where peace and living together prevail.

Traditional leaders, being the guarantors of customs and traditions, are in the forefront of key actors in the prevention of violent extremism in their respective villages and cantons. They are direct and legitimate authorities in the eyes of the local populations and communities. Thus, for them, this awareness-raising training was an opportunity to better understand the issue, particularly the actors behind this insecurity, their objectives, their establishment strategies, as well as the motivation of certain individuals to join violent extremist groups.

In his opening address to the training of traditional leaders in Cinkassé, Colonel AKOBI Messan, President of CIPLEV and representative of the Minister of Security and Civil Protection, reiterated the indispensable contribution of traditional leaders to the fight. “In view of the prominent role of traditional leaders within their communities, they are pillars on which the State must be able to rely to implement all actions aimed at consolidating peace and social cohesion,” he said.

For their part, religious leaders represent all components of civil society and are valuable resource persons who play an essential role in the prevention of radicalization and violent extremism. Through their preaching and discourse, they can contribute to a more inclusive and stable society that respects the rights of all people, regardless of their religion or belief.

These trainings are part of the project to build capacity in the northern borders of Côte d’Ivoire, Ghana and Togo implemented by IOM and funded by the United States Bureau of International Narcotics and Law Enforcement Affairs; a project that aims to enhance border security by strengthening the technical and logistical capacity of border management agencies and building the resilience of cross-border communities.

IOM, Kingdom of the Netherlands to Support Community Stabilization in Lake Chad Basin