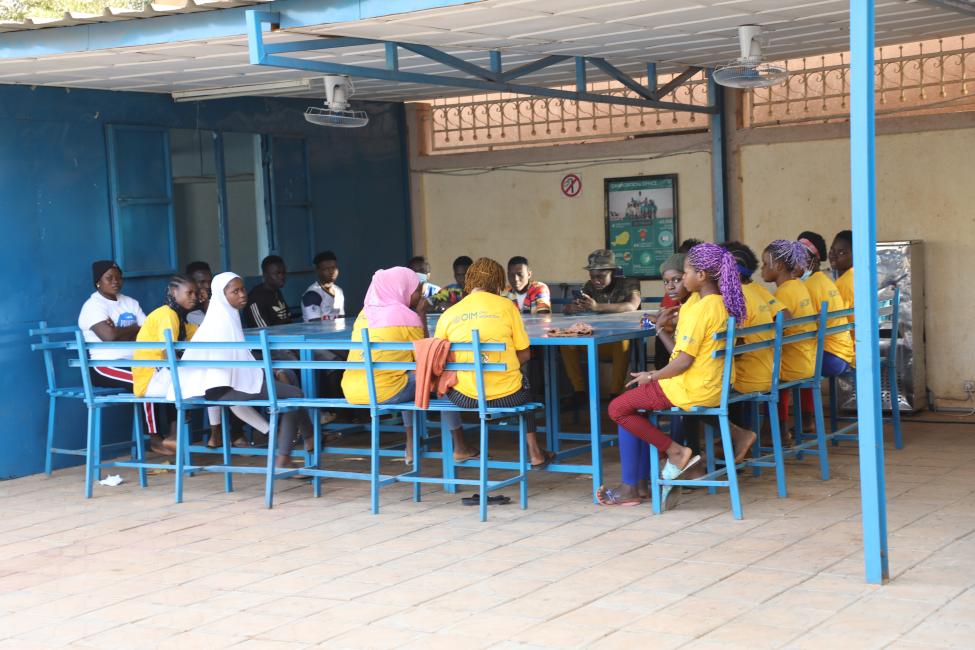 The ceremony started with COVID-19 prevention messages and the health measures to respect during the event.

The film "Wallah - I swear to you," which tells the stories of migrants on the West African migration routes to Italy, was then screened.

A quiz was also organized to give a better understanding of IOM's role in facilitating safe, orderly, and regular migration.

The ceremony ended with a concert by three famous local young artists, "Manly the Good," "Caleb," and "Damala," all committed to promoting safe migration.

"The GMFF enables us to engage and strengthen dialogue with youths and migrants through the universal tool of art. It also allows us to promote social cohesion and connect a wider audience to the challenges and opportunities related to migration," says Barbara Rijks, IOM Niger's Chief of Mission.

Artistic workshops were also organized in IOM's transit centres in Niamey from 24 November to 18 December.

A dozen female migrants participated in a slam workshop to mark the 16 days of activism against violence against women and expressed through this activity the different challenges, including forms of violence, they encountered en route.

When the black becomes the bird's shadow

He leaves his cage in search of a better tomorrow

I, a wife, a daughter, a mother

I left my land for an unknown destination

Believing I was escaping the blows of life

The world offered me thorns under my feet

I walked thousands of miles

In the wind and rain

In a world where dark and light never meet

My dream was an illusion

Scratched by the aftermath of despair

My only desire was to return to my people

An acting workshop was organized for the children in transit. This activity enabled them to write scripts that retraced their migration journey, film using smartphones, and edit their movies with the support of an audiovisual production company.

A theatre workshop was also organized in the third centre and allowed migrants to raise awareness among their peers about the risks of irregular migration and its alternatives through theatrical scenes.

Since 2016, IOM has organised the festival, which takes place annually with film screenings on six continents, usually in public places, including transit centres, refugee camps, universities, cultural centres, and other venues.

In 2020, in Niger, the event was cancelled due to the high number of COVID-19 infections recorded in the country.

These activities were organized with funding from the European Union through the Special Measure for the EU-IOM Joint Initiative on Migrant Protection and Reintegration under the Neighbourhood, Development and International Cooperation Instrument - Global Europe (NDICI - Global Europe) and the MIRAA III project (Migrants Rescue and Assistance in Agadez region).